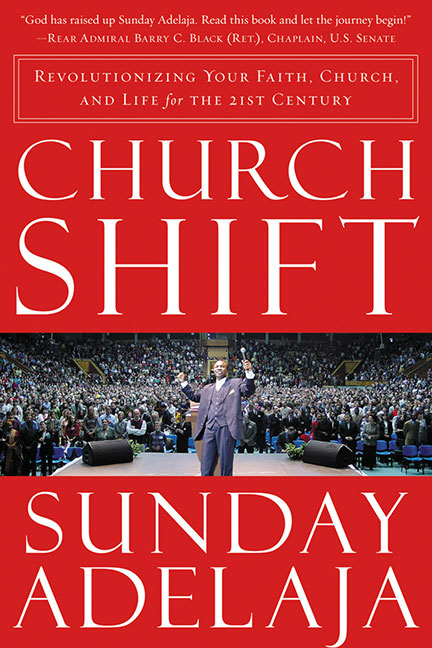 A poor Nigerian prodigy recruited by the KGB, Sunday Adelaja instead founded God’s Embassy in Kiev Ukraine, the largest Christian assembly in Europe with over 30,000 people. This ministry has planted 2,000 new works in 50 countries, started 3,000 ministries to address societal ills, started 2,500 businesses, three political parties and produced 200 millionaires, two mayors, one supreme court judge, and a number of local and national representatives. Over 2 million have professed faith in Christ, and 42,000 freed from drug and alcohol addiction. Sunday came to the former USSR at the age of 19 as a young Christian, with only his Bible and no theological education. He has spoken before the UN, the Knesset, the US Senate and a dozen other governing bodies; authored over 300 books in a dozen languages.

In this book, he addresses:

Pastor Sunday’s ministry philosophy and methodology incorporates a Faith for All of Life. He describes himself as an ordinary Christian, who possesses the Kingdom of God within, who has simply obeyed his divine Commission from the King of Kings, and that each of us should go and do likewise.