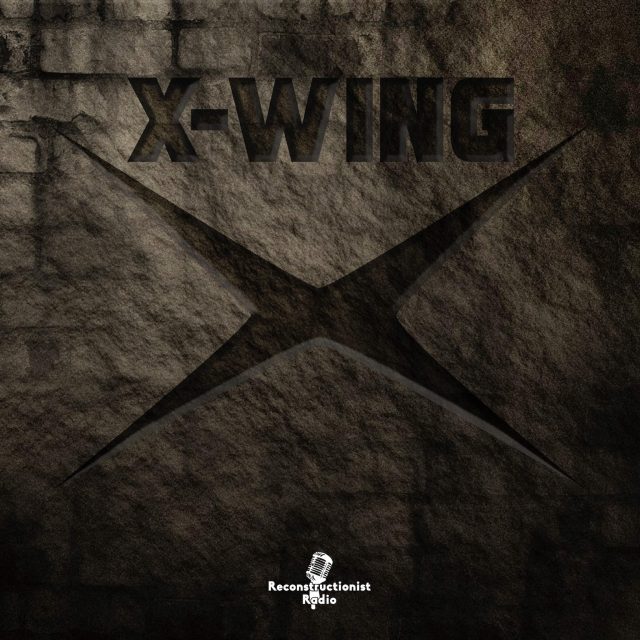 However, many in the rising generation (Millennials, Generation X) are starting to call B.S. on both sides of the political football game and demonstrate the desire to break the chains of the power religion in government and the churches. This podcast equips those who have escaped from the collectivist orb of the American right/left divide to see current events in the culture and the ecclesiastical landscape in the light of God’s Perfect Law of Liberty.

In Star Wars, the X-Wing fighters are the first to fire on the evil empire. That’s what this is. Judgment is upon us, yet the future is bright as ever for those who hunger and thirst for righteousness and justice. Deconstructing the old pagan establishment with all its pseudo Christian trappings is a vital step of Christian Reconstruction.
We got that justice for ya. We are X-Wing. Come get it.