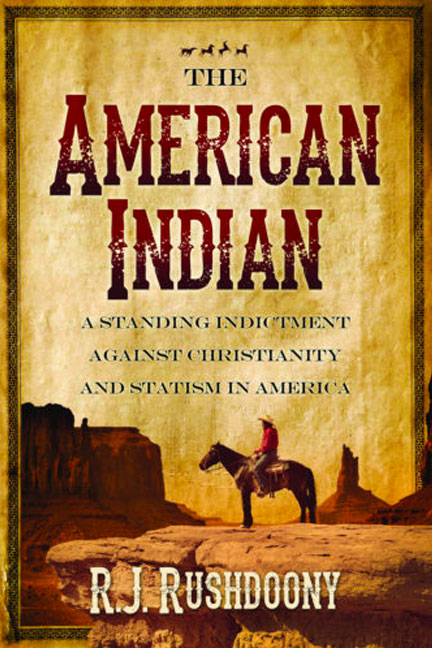 A Standing Indictment Against Christianity and Statism in America

Long before state health care or food stamps, before the creation of welfare ghettoes in our major cities, America’s first experiment with socialism and government dependency practically destroyed the American Indian.

Government experts created the Indian reservations. America’s churches whole-heartedly supported it, convinced the reservation would be the key to winning souls for Christianity.

In 1944 young R. J. Rushdoony arrived at the Duck Valley Indian Reservation in Nevada as a missionary to the Shoshone and the Paiute Indians. For eight years he lived with them, worked with them, ministered to them and listened to their stories. He came to know them intimately, both as individuals and as a people. This is his story, and theirs.

It is also the story of an experiment that failed, disastrously—and exercise in statist paternalism and ineffective Christian meddling whose effects ravage the Indians to this day. The reservation system debased the people it was meant to serve, and the churches failed in their mission; until, in the end, the proud and resourceful Indian was transformed into “a defeated man, lacking in character.” This is Rushdoony’s eyewitness testimony to that failure.

Today, as America’s leaders expand the welfare state and radically transform the entire nation, we’d do well to reconsider this first experiment in government dependency and a Christianity stripped of God’s law—before all of the United States is transformed into a massive reservation on a continental scale. Rushdoony’s description of our past is also an indictment of our statist future.