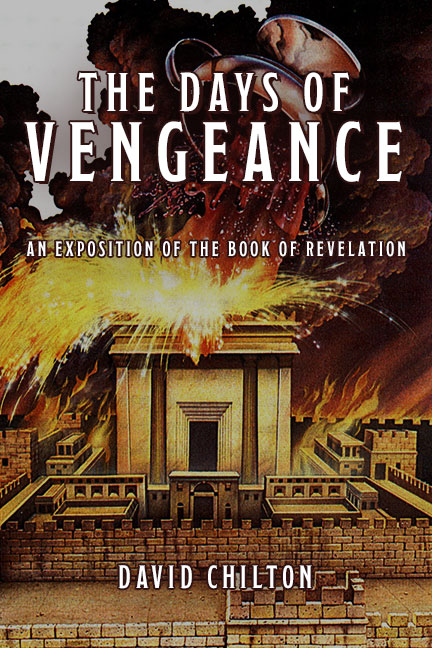 The Preamble in Deuteronomy (1:1-5) begins: “These are the words…. “[1] The text then identifies the speaker as Moses, who as mediator of the Covenant has been “commanded” to give and expound God’s “law” to Israel. “Yahweh is, therefore, the Suzerain who gives the covenant and Moses is his vicegerent and the covenant mediator. This section thus corresponds to the preamble of the extra-biblical treaties, which also identified the speaker, the one who by the covenant was declaring his lordship and claiming the vassal’s obedience.”[2] The Preamble in Revelation begins with a similar expression: “The Revelation of Jesus Christ, which God gave Him to show to His servants, the things that must shortly take place; and He sent and signified it by His angel to His servant John, who bore witness to the Word of God and to the Testimony of Jesus Christ, even to all that he saw” (1:1-2).

The purpose of the covenantal Preamble is thus to proclaim the lordship of the Great King, declaring his transcendence and immanence and making it clear from the outset that his will is to be obeyed by the vassals, his servants. Biblical treaties set forth God’s transcendence and immanence by referring to one or more of three activities: creation, redemption, and revelation. It is the latter two that are especially emphasized in Revelation’s Preamble. We have already noted the stress on divine revelation in the opening sentence, and this is underscored in the following verses. The churches are to “hear the words of the prophecy, and keep the things that are written in it,” and the Lord pronounces a special blessing upon those who obey (1:3); St. John again speaks of himself as one who has borne witness to “the Word of God and the Testimony of Jesus” (1:9); further, he tells of the revelation that came to him in terms of the standard and familiar patterns of covenantal revelation throughout Biblical history: “I was in the Spirit on the Lord’s Day, and I heard behind me a loud Voice like the sound of a trumpet, saying: Write in a book what you see….” (1:10-11; see below).

Redemption is also stressed in this passage: “Jesus Christ, the faithful Witness, the Firstborn from the dead, and the Ruler of the kings of the earth who loves us and released us from our sins by His blood has made us to be a Kingdom, priests to His God and Father; to Him be the glory and dominion forever and ever. Amen” (1:5-6). Moreover, Christ is specifically stated to be the Redeemer, the Son of Man, who “comes with the clouds” in His glorious Ascension to the Father and coming judgment upon Israel to receive worldwide dominion, glory, and a Kingdom; who will be seen by “those who pierced him,” and mourned over by “all the tribes of the Land” (1:7; cf. Dan. 7:13-14; Zech. 12:10-14; Matt. 24:30; John 19:37; Eph. 1:20-22). St. John’s vision of Christ develops the idea of His redemptive work: He is clothed as the High Priest (1:13), revealed as the incarnate Glory of God (1:14-15), the Creator and Sustainer of the world, whose powerful Word goes forth to conquer the nations 0:16); who died, and rose again from the dead, and who is alive forevermore (1:17-18).

[1] The Hebrew title of Deuteronomy is simply: The Words.