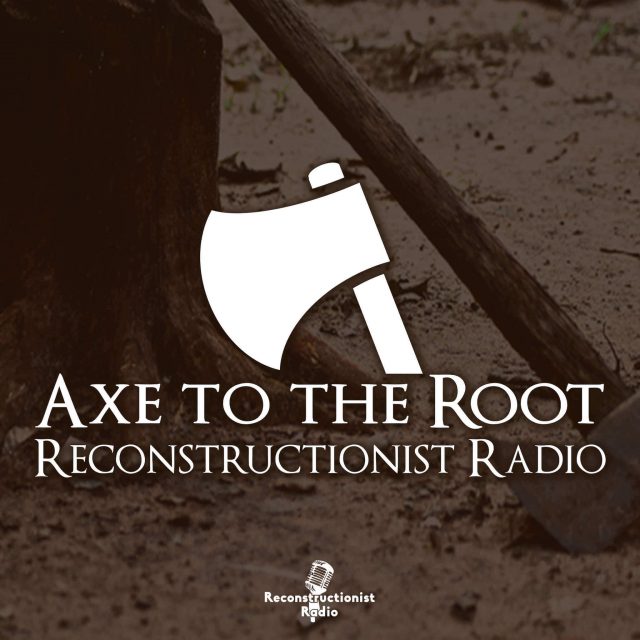 Thus, spiritual man and mature man both describe a man who can judge both good and evil, in all things. It is righteous judgment that defines a spiritual, mature man. He is a man who knows the difference between good and evil, and has trained his senses to discern good vs. evil in everything that comes his way.

Idols for Destruction: The Conflict of Christian Faith and American Culture

20 years ago I was at a lecture organized by an American Reformed missionary in Eastern Europe where he talked about “being a spiritual man.” The lecture was the typical “pious gush” of which R.J. Rushdoony speaks in his description of modern ChurchSpeak: the missionary boiled spirituality down to feelings and simple moralisms. Some of his points, I remember, were outright bizarre, and he made spirituality look like some sort of modern asceticism – he even had some ideas that bordered occultism. I had a feeling his listeners didn’t buy into it; after all, they were all Protestant believers in a traditionally Eastern Orthodox country, and they had seen all those ideas at work in Eastern Orthodox monasticism.

At the end, one of the listeners asked that Reformed missionary if he could point to Bible verses that speak of true spirituality. The missionary gave some verses, but when I checked those verses later, none of them actually gave a description of a spiritual man or spirituality. His interpretation of them, I must say regretfully, was rather divorced from the specific meaning of the text.

Just on the side, over the years, I have learned to distrust Reformed missionaries who came out of American Reformed seminaries. Most of them have the same pietistic and moralistic approach to many issues. A Bulgarian Pentecostal pastor went once, following my recommendation, to a conference organized by a Presbyterian missionary. His reaction after the conference was, “Presbyterians are just like Pentecostals, they just don’t speak in tongues.” Anyway, this is another problem, for another time.

The truth is, there is a Biblical passage that describes true spirituality and a true spiritual man. The problem with that passage is that it doesn’t fit the pietistic, moralistic, sensationalist, occult narrative of the modern seminaries.

That Biblical passage is 1 Cor. 2:14-15: “But a natural man does not accept the things of the Spirit of God, for they are foolishness to him; and he cannot understand them, because they are spiritually judged. But he who is spiritual judges all things, yet he himself is judged by no one. For WHO HAS KNOWN THE MIND OF THE LORD, THAT HE WILL INSTRUCT HIM? But we have the mind of Christ.”

So here we see an amazing statement, largely ignored by our modern teachers and preachers who pretend to be teaching us “true spirituality.” The spiritual man judges all things, and he himself is not judged by anyone. And this is the only verse in the Bible that has a description of what a true spiritual man is. He judges! He has the mind of Christ, and therefore he judges, because . . . Christ judges. Spirituality, then, is related to judgment, to discerning between good and evil in . . . all things!

But it doesn’t stop there. At the beginning of the next chapter, 1 Cor. 3:1, Paul tells the Corinthians, “And I, brethren, could not speak to you as to spiritual men, but as to men of flesh, as to infants in Christ.” You are still infants, says Paul, still immature. The meaning is, a spiritual man is a mature, grown-up man. What is it to be a grown-up man? What is it to attain that maturity of the faith?

The author of Hebrews tells us in chapter 5:11-14: “Concerning him we have much to say, and it is hard to explain, since you have become dull of hearing. For though by this time you ought to be teachers, you have need again for someone to teach you the elementary principles of the oracles of God, and you have come to need milk and not solid food. For everyone who partakes only of milk is not accustomed to the word of righteousness, for he is an infant. But solid food is for the mature, who because of practice have their senses trained to judge both good and evil.”

But a spiritual man is a man under God’s Covenant. No one can have the Holy Spirit unless he is a member of God’s Covenant, because it was Jesus’ sacrifice on the cross of the New Covenant that secured the Holy Spirit for us. And even before that, man has always been a covenantal being, and spiritual men in the Old Testament era were men of God’s Covenant. A couple of years ago I wrote a few articles for a symposium on the nature of the Millennium where I pointed out that from his very creation, man is a covenantal being. He was created through a covenant, in a covenant, under a covenant, and was conditioned by a covenant. One of the participants in the discussion, a pastor and professor, objected that since the word “covenant” didn’t appear in the first 7 or 8 chapters of the Bible, therefore there was no covenant in the creation. I had to show him that he was wrong. For the Bible clearly speaks of the Creation as a covenant: Jeremiah 33:20, 25 says, “This is what the LORD says: ‘If I have not made my covenant with day and night and established the laws of heaven and earth,. . . .” Hosea 6:7 speaks of Judah and Ephraim, “Like Adam, they have transgressed my covenant.”

Covenant thinking, therefore, being ethical/judicial, leaves aside all these other considerations, or always subjects them and scrutinizes them – as well as everything else – with the following questions:

First, what god does this serve? Does it serve God as God, or does it serve man and his man-made gods? Does this policy or scientific theory or business practice etc. follow from a worldview based on the Biblical narrative of a Sovereign God Creator or from a worldview based on a belief in autonomous man, or autonomous nature, or dualistic reality manipulated by a multitude of spiritual beings, or an impersonal monistic universe?

Second, what view of man is there behind it? Is it man as a creature, under God and His Covenant, as God’s steward over God’s Creation? Is it his institutions limited within their lawful spheres by the boundaries of the Law of God? Is man and his institutions both mindful of their limitations, and of the man’s fallen condition, and therefore striving to comply with the demands of Chirst’s redemptive work? Or is it man as a prideful, autonomous being, with his institutions claiming divine status and tyrannical power over men?

Third, what ethical standards are involved? Is it the law of God, which is the character of God, applied to every area of life and action? Or is it man’s laws, a mockery of God’s Law, man’s autonomous attempt to define good and evil apart from God?

Fourth, who get’s rewarded and who gets punished? What ethical actions are allowed to prosper and grow, and what are discouraged and stopped?

These are the questions the spiritual man, the mature person, the covenant thinker asks. And, conversely, idols are the things and spirits and ideologies which work to sway our minds away from these ethical/judicial questions. To make us obsessed with questions that have nothing to do with good and evil, righteousness vs. wickedness, justice vs. injustice. Things and spirits that try to boil the world down to questions of beauty and harmony, for example – whether it is Hollywood or liturgical trappings in the church. Or to issues of pragmatism and expedience: our politics today is full of those. Or to issues of human legislation and formalism. (Ever heard someone justify the murder of innocent people by the cops because there was some procedural legal formal reason for the cop to shoot at an innocent unarmed harmless person? The cop felt insecure, etc.?) Or to issues of loyalty to a group or collective: whether an economic group (Marxism), or a genetic group (racism), or a cultural group (us Americans against them everyone else). Or to issues of sensationalist occult expectations (like the chip of the number of the Beast). Etc., etc., etc. Every thing, every spirit, every ideology that tries to lead your thinking away from the clear ethical/judicial issues of the Bible: worship of God, God’s institutional order, God’s ethical rules, God’s covenantal sanctions, and the victory of the Gospel in history, is an idol which a spiritual, mature, covenantal man must reject and rebuke.

It is on this ground we must view everything: theologies, books, world events, policies, scientific and technological developments, court rulings, economic and business endeavors. To think covenantally in everything we do, not as idolaters; laying a covenantal, ethical/judicial foundation for our life, and all aspects of our lives. And with God’s grace, we will do it.

The book I will recommend to you to read this week is Herbert Schlossberg’s Idols for Destruction. An amazing book which, if you pastor hasn’t read it, you better force him to do it. If he refuses, find another pastor. The book will give you a very detailed breakdown of all these idols in our society today which lead us away from a covenantal culture and a covenantal service to God. Reading it, you may be surprised how close some of them are still to your heart.

And help me deal with them in Eastern Europe. Visit bulgarianreformation.com and donate to my efforts to build the intellectual foundation for the future Christian civilization in Bulgaria.