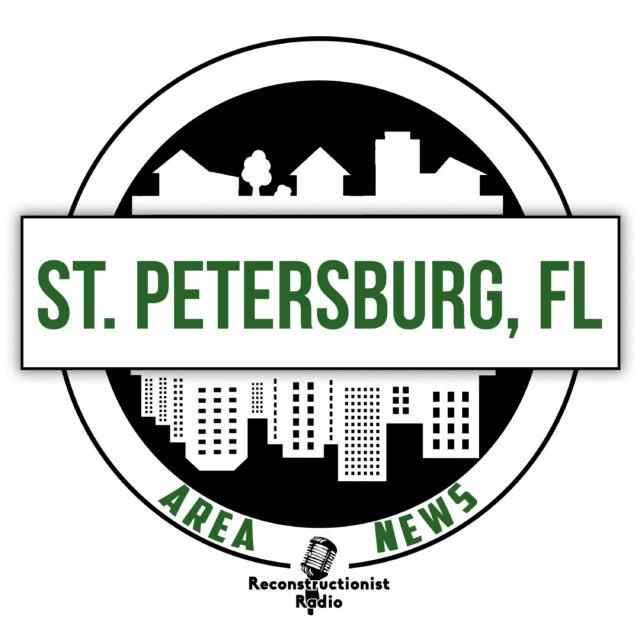 Welcome to the 3rd edition of the Saint Petersburg, Florida, Area News Podcast for 2019. I’m your host, Joshua Black, and today we will cover the committee meetings and city council meetings that took place on January 17.

The first committee meeting was at 10 AM, and it was a Committee of the Whole regarding the Fiscal Year 2020, which begins in October. City Administration officials started with an estimate of a 3% increase in revenues and a total demand on those revenues that exceeded them by $13M. When Councilman Ed Montanari asked why the budget was unbalanced, staff explained that it was just a wishlist–everyone had asked for everything they could, leaving to council itself the question of whether they would get it all. Council Chair Charlie Gerdes reminded the rest of the council that the intent of the meeting is to get everyone’s wish list on the table, come to a consensus on the needs vs the wants, fund the needs and consider the wants.

You could tell that the police department and fire department had been lobbying ahead of this meeting. All of council was pretty much on board with fully funding their requests. No word, though, if Chief Holloway has yet included a request for funding for the body cams he keeps putting off.

Other near consensus topics included funding for housing subsidies (misnamed affordable housing), Grow Smarter (actually a contradiction to affordable housing, because of the law of supply and demand), Bus Rapid Transit, Complete Streets, infrastructure projects, and some community redevelopment ideas.

Only council member Montanari brought up the burden that funding all of this will have on taxpayers, and his suggestion of a millage rate decrease was met mostly with scorn. The council chair did voice some support, but both councilmember Rice and Kornell strenuously objected, saying that budget cuts mean staffing cuts and pension cuts and project cuts. But Councilman Montanari was talking about decreasing the increase, not a true cut in the budget.

There was a curious exchange between Councilmember Darden Rice and Deputy Mayor Tamika Tomalin. Rice insists that there are food deserts in the city, and Tomalin said that’s not the case, not in the true sense of the term. Perhaps the co-op group that presented at BF&T last week won’t get that funding, after all.

In social media interactions, Rice had shared a link to a Newsweek article that lamented that food sales at dollar stores had outpaced sales at Whole Foods as her reason for being concerned about food deserts. To be sure, there are a lot of dollar stores in the City of Saint Petersburg, but that’s not solely because of poverty. Selling food isn’t a big money maker for any store, full service grocer or otherwise. Dollar stores make most of their money from selling household wares, household supplies, and fancy cheap trinkets, the last of which are actually more sought out by the middle class. The article erroneously states that Dollar Generals don’t sell fresh foods, but a local store features fresh milk and eggs in a refrigeration unit not far from the cash register.

Lost in this discussion is the way that city actions have made life less affordable for the poor. Between ad valorem taxes they refuse to cut, and increasing density which means more demand for housing and other resources, and ordinances that govern how we do business, the city seems to disregard the poor except for consideration for how to hire more staff to administer more subsidies. They did lower taxes for WalMart to entice them to build a Neighborhood Market on the South Side to address the supposed food desert in Midtown, but that experiment ended when the taxes went back up. The Dollar General across the street was entirely unaffected, but the city hasn’t decided to permanently lower taxes for grocers to keep them there.

The Youth & Family Services Committee met next, hearing from the USFSP pilot program regarding improving family communication in families affected by serious trauma. The presenters showed many positive results, but Councilman Kornell pointed out that most of the participating students were already in a good place academically and behaviorally. He wanted to see what the program would do for more troubled children.

The idea is certainly helpful. Parents and children do certainly need to connect better mentally and emotionally. However, if truancy laws and property taxes didn’t prevent parents from spending more time with their own children, some of these issues might already be addressed. Furthermore, the presenters spoke of the benefits of helping children communicate across the age spectrum, but they didn’t speak a word against the age segregation model that characterizes the schools the children are required by law to attend. I’ll link to a study that discusses the adverse impacts of age segregation at the end.

The City Council meeting was next. Most of the meeting consisted of cursory approvals by council of the funding requests by city staff. There were a few more questions about the planned renovation of City Hall, which began as roof repairs but was extended to include items damaged by the roof leaks, the HVAC system, and major cosmetic updates that had been planned for a later date. Staff explained that they wanted to combine the projects to take advantage of the empty space while council is meeting elsewhere during the roof repairs. The expected cost is $5.5M.

There was also a reported spill of reclaimed water. Claude Tankersley stated that a contractor had broken a pipe during construction at one of the treatment plants. The total spilled was 450 gallons, a lot less than has been spilled in the past. We can probably expect yet another DEP fine for that, too. Unfortunately.

During the open forum, several speakers noted the impending anniversary of Roe vs Wade with sadness. Scott Mahurin of Florida Pre-Born Rescue and two of his volunteers spoke on the devastating impact the unjust ruling has had on the innocent, on the guilty, and the community at large. Recently, news articles have noted that the US isn’t producing enough children to sustain the population or the economy. Well, there’s a reason for that.

Council adjourned as Council and convened as the Community Redevelopment Agency to consider whether a proposed 131-room hotel near the Tropicana Field fit with the “Intown West Redevelopment Plan.” The site will feature retail shops at ground level, and the owner is providing 47 parking spaces for guests and employees, well above the city requirement of 33. The parking will mostly be contained in the garage, with three spaces at street level and a loading zone in front of the lobby. The plan was approved unanimously.

The evening portion of the meeting consisted of government approvals for projects on private lands, changes in regulations for those approvals, and a new ordinance requiring city construction projects to be built to greener standards. The idea for the last item is that, by building structures and infrastructures in anticipation of expected sea level rise, the city would be able to outlast ocean encroachment better in the long term. It’s part of their Vision 2050.

The last item was the zoning change that got a hearing two weeks ago. Neighbors of the current Venetian Mobile Home Park expressed concerns about the future project. Council, staff, and the attorney for the applicant noted that the approval for the zoning change did not constitute a permit to build anything. One neighbor expressed concerns that the city’s regulations regarding floodplains would require the owner of the property to bring in dirt to raise the elevation of the property, causing stormwater runoff to the adjacent neighborhood. Staff explained that stormwater runoff is actually forbidden under city code, and bringing in dirt to fill in a depressed land area in a flood plain for construction goes against FEMA regulations. Council unanimously approved the change.

There are committee meetings planned next Thursday, including PS&I. We’ll update you on the outcomes afterwards. Thanks for listening.

This has been Saint Petersburg Florida Area News, a production of the Reconstructionist Radio Network.