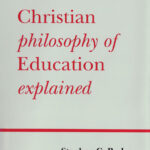 The deterioration of academic standards and discipline in state schools in the last twenty-five years has finally forced the issue of education upon the consciences of many Christians who would not otherwise have considered it. There is both good and bad in this. The crisis in education has led some to reconsider the whole issue of education and the place of Christian children in a state system that promotes secular humanism and multi-culturalism as a virtue, and discourages the traditional Christian world- view and its code of morality. This is surely good. Yet the fact that it has taken such a crisis to awaken Christian parents to their responsibilities as Christians in this areas is indicative of serious failure in the church’s understanding of its calling in this world.

It is a sad indictment upon the church’s ministry, in particular, that this issue needed to be forced upon the consciences of Christians at all, but especially by a crisis in the practice of an alien religion, with which the church has compromised itself. In this situation there are many voices offering many different solutions to the problem. Some Christian pressure groups and parliamentary lobbying groups have tried to introduce measures into the law aimed at Christianising the state education system, others at securing state funding for so-called independent Christian schools. A few advocate the withdrawal of all education, Christian or otherwise, from the orbit of state authority and funding. In this situation it is important that all the relevant issues should be considered carefully in the light of biblical teaching. Only when this has been done are we in a position to make an intelligent decision about the correct Christian response. The aim of this book is to explain the Christian philosophy of education and thereby help those who read it to make that Christian response.

In this episode we will discuss the 6th Commandment, “You shall not murder” as it pertains to capital punishment using R. J. Rushdoony’s Institutes of Biblical Law, Vol. 1.

The Oxymoron of “Cultural Marxism”

Hegelianism and the Modern State

A philosophy that self-consciously started with a departure from God as the objective transcendent standard, ended up creating a system of statist domination that the West hadn’t seen since the times of the late Roman Empire. As Rushdoony said in his Foundations of Social Order, all paganism inevitably leads to statism. Hegel’s neo-paganism was not an exception.