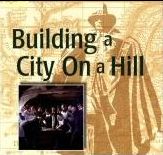 Restless, Reformed.” In it, the author Collin Hansen

covered a phenomenon that has been around for the last

decade: The return of many young Christians to the

Reformed doctrines. He interviewed quite a few pastors and

young church members who came out of Charismatic and

“seeker-sensitive” churches, who now embrace the

doctrines of Calvinism. Hansen saw this return as a lessadvertised,

but much larger and more pervasive

phenomenon than the “emergent church” or the “seekersensitive

church.” He believed the comeback of

“Calvinism” was “shaking up the church.” He pointed to the

popularity of the old Puritan authors among the “new

Reformed,” and especially among the young. The oldfashioned

Calvinist comeback. Many of the Puritans’ works were being reprinted because of the renewed

interest in them. A professor at Gordon-Conwell even said he suspected “young evangelicals

This was highly encouraging. Everything good the Western world has today – the concepts of

long-term investment, etc. – it owes it to the Reformed theology and those who applied it in practice.

When the time came for liberty to be defended throughout the Western world, and especially in

America, it was Reformed and Puritan preachers who encouraged populations to defend their

freedom under God, and it was Reformed and Puritan laymen who first manned the battle stations

against oppression. And it was Reformed and Puritan leaders who worked to build the West to a just

and prosperous society, and to spread the ideas of liberty to the rest of the world; everyone else

followed their example. So, if Collin Hansen was right in his assessment of the pervasiveness of this

Calvinist comeback, then we had back again the historically proven solution to America’s descent

But whatever hopes one could derive from that Calvinist comeback that Hansen saw, they would

have been completely extinguished in our experience of the last two years. In a time when our

materialize when their influence was most necessary. Since 2008, in our intense cultural wars against

those who want to subvert America, the churches declared as “Reformed” by Hansen are nowhere to

be seen. Whatever “fuel” they may have borrowed from the Puritans, it has failed to produce the

“black regiment” of Reformed preachers responsible for the First American Revolution. We don’t

see these new Reformers taking the lead in a Second American Revolution. If the First Revolution

was called by King George, “The Presbyterian Rebellion,” there is not a single bit of reason today

for Obama, or Nancy Pelosi, or the other would-be tyrants on the left to talk about “the Reformed

uprising,” or the “Calvinist Tea Party.” Far from being the spiritual or ideological heirs of the

Puritans, the pastors mentioned in Hansen’s article are very careful today never to mention anything

relevant to the cultural battles of our time.

Why is it so? How come such a large and pervasive movement to return to our theological Reformed

Puritans restore America to what it was meant to be? How do we resolve this contradiction?

The answer is this: There is no contradiction. Hansen is wrong. What he believes is a “Calvinist

comeback” is not. What he sees as “Reformed” pastors and believers are not. Hansen’s definition of

“Reformed” is truncated. The reason we don’t see Puritan practical response is because there is no

Puritan theological influence in the churches he interviewed. He only sees the surface. The essence

When looking for “Reformed” churches, Hansen uses the TULIP – the five-point acronym for

Calvinism – as his measuring rod. If a church believes in the TULIP (Total Depravity, Unconditional

Election, Limited Atonement, Irresistible Grace, Perseverance of the Saints), if it teaches it, if it has

made it the central point of its doctrine, Hansen believes it is “Reformed.” TULIP is mentioned,

directly or indirectly, more than 20 times in the article. It is the inspiration for some of the

interviewed converts to Calvinism in the article. Some of the important “Reformed” churches have

special courses and teachings on the TULIP. Others are preaching it boldly from the pulpits. TULIP

is the beginning and the end of what Hansen defines as “Calvinism.” If a church is focused on the

TULIP, it is Reformed, he thinks.

The truth that Hansen missed is that TULIP is not the essence of the Reformed theology. Of course,

called “Reformed theology.” It follows directly from the greater concept of the Sovereignty of God.

It correctly describes the fallen state of man and the work of God in saving the individual. When we

look up to God to give thanks for what He has done for us personally, we think “TULIP,” even if we

never knew the term or never understood it.

To summarize, TULIP is the acronym for the “mechanism” of our personal salvation. And that’s it.

Nothing more than our personal salvation. But Reformed theology encompasses immeasurably more

than just personal salvation. And when a church makes TULIP the summa of its theology, that

church is not Reformed. Yes, it has taken the first step to becoming Reformed, but it is still far from

someone would focus the whole of God’s Sovereignty on the salvation of individual human souls.

man’s needs, rather than man’s salvation serve God’s plans. The salvation of individuals has never

occupied such a high status in the thinking of the Puritans; the Kingdom of God and its

righteousness has. The Puritans did understand that God’s plans were top priority over the salvation

of individuals; the Pharaoh and his hardened heart were a favorite sermon topic for many a Puritan

preachers. They did not see God’s sovereignty only in salvation but in damnation also, and in many

more things. Their evangelism did call to individual repentance and righteous walk but they

understood that preaching salvation was only milk (Heb. 6:1–2). There were more “solid-food” areas

of knowledge and practice that deserved much more attention.

churches and became Reformed. But how much has changed for these people? Yes, the theological

justification for their faith has changed, no doubt about it. They don’t believe they earn their

salvation anymore. But have their priorities, or their motivation changed? Not at all. Both in a

“seeker-sensitive” and in a “new Reformed” environment the focus is on ME and MINE, what God

has done for MY salvation. The beginning and the end is the personal salvation, and that’s it. In a

very real sense, the “new Reformed” are simply a theologically correct version of the “seekersensitive”

movement: the selfishness of the quest is still there, except that now it uses better

theology. This focus on the self, on the needs of ME and MINE would have seen a gross

misinterpretation of God’s Sovereignty to the Puritans of old, and they would hardly recognize

themselves and their ideas in the “new Reformed” movement. It isn’t their legacy, and the obsession

with personal spiritual welfare was not part of their mind and culture.

What was the legacy left by the Reformers to the future generations?

salvation. In fact, with two exceptions – Scotland and Hungary – the early Reformers didn’t leave us

any lasting churches at all. It was not intellectualized sermons of elaborate psychological verbiage

that pick on every feeling and every emotion a believer may have. It was not courageous sermons on

irrelevant topics of peripheral importance to our age and culture. And it certainly wasn’t a belief in a

God who is only sovereign to save individuals, but nothing else.

Their most lasting legacy was on the cultivation of societies, whole cultures based on the practical

Scotland, Hungary, the Huguenot communities in France and later in North and South Carolina, the

Oranje-Vrystaat and Transvaal. Societies that became light to the world, an embodiment of Christ’s

liberty and justice for all. The Reformed believers of earlier centuries built a civilization that

influenced the world permanently. They changed the world not by the selfishness of the focus on

salvation but by the obedience of teaching the nations and building the Kingdom of God.

It was cities on a hill that they left for us as a legacy, and it is the “City on a Hill” motif that best

characterizes the Reformed theology today, not TULIP. Whether Calvinist or Arminian, or Christian

or non-Christian, everyone today in America – and not only America – is a witness to their success

of building that “City on a Hill.” The Puritans that Hansen talks about did not arrive to these shores

to find the perfect TULIP theology. They did believe in God’s Sovereignty over salvation, yes, but

they believed in much more than that. They knew they were predestined to be God’s chosen vessels

civilization. “The kingdoms of this world have become a Kingdom of our God” had a very specific

meaning for the Puritans, and that meaning was what characterized their view of Sovereignty.

Having the vision of the City on a Hill, the Puritans were much more concerned with the legal and

existence, as it is with the “new Reformed.” Justice and righteousness was their priority, not over

social organization, education, and science. They did not worry about the minutest irrelevant details

of the personal spiritual life of a Christian. They saw value in incarnating the truths of God in their

culture, not in internalizing theology. Their view of the world was one whole, under the Law of God,

spiritual and material, church, family, and state, mind and matter, law and grace. They wouldn’t be

able to grasp the dualism of the modern “new Reformed” churches. “Covenant” was for them not a

religious term. It was the building block of all relationships, spiritual and temporal, and all covenants

– in the civil realm, the marketplace, church, family, or school – were to imitate that supreme

covenant between God and mankind in Jesus Christ.

liberty were inseparable, he wasn’t declaring a new doctrine. He was only proclaiming what he had

learned from his spiritual fathers, from Augustine, through Calvin, to Mather and Edwards. And

America, this was a truly Reformed act, a logical outcome of the doctrines of the Reformation. And

in order to make sure we understood it, they left us their admonishment and advice, to obey God in

our nation-building just as we obey Him in our personal life, family, and our church-building.

And those that today want to be Reformed, cannot limit themselves to the comfortable thought that

God gave them personal salvation. Reformed means the Sovereignty of God over everything—all of

Reformed” are not Reformed at all. They are simply another, theologically correct version of a mancentered

So next time when Christianity Today wants to look for a Calvinist comeback, the key phrase they

should be looking for is not TULIP. They will know the return of Calvinism by these: City on a Hill,

Comprehensive World-and-Life View, Teaching the Nations, the Crown Rights of Jesus Christ over

every area of life, Christendom, Dominion under God’s Covenant. The article should be titled:

“Dominion-Oriented, Historically Optimistic, Reformed.” Anything else will be only an empty

imitation of the legacy of the Puritans, not true Reformed.