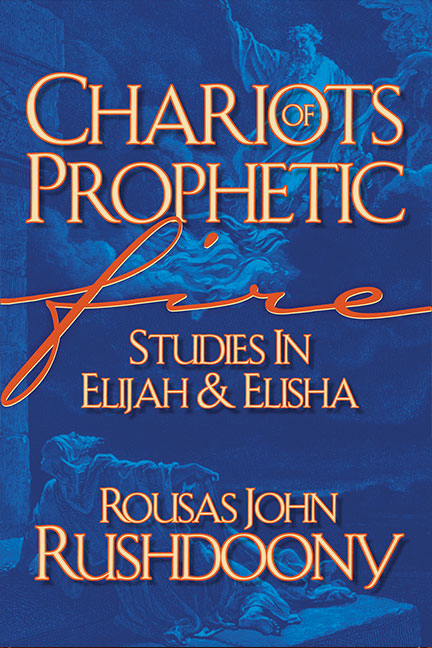 There is a marked resemblance between our time and that of Elijah and Elisha. Theirs was a time of judgment; ours is as well. But there is a deeper resemblance. Their day was an age of syncretism, of radical compromise between the worship of the Lord and Baal worship. The two had been blended together to make one religion, so that a refusal to see the necessity for uncompromising religion marked Israel.

Israel rarely denied the Lord or professed open apostasy. Rather, it pursued a course of religious syncretism, using the name of the Lord but absorbing with their religion whatever faith was expedient for them. Thus, they were not open pagans, but pagans who practiced their unbelief under cover of the Lord’s name.

Syncretism is again our problem. Numerous forces, powers, and persons are accorded sovereignty over man. Today, Baal-worship is again prevalent in the name of the Lord. Humanistic statism is easily and readily submitted to by churchmen: children are placed in humanistic state schools, given into the hands of enemies of God, and people are only indignant if you condemn this practice. The major concern of most church members is not the Lord’s battles, nor the urgency to make a stand against compromise, but, “How can I best enjoy life?”

The similarity does not end there. Elijah and Elisha’s day was one of prosperity, a false prosperity that was largely the product of inflation. Our age, too, has been marked by an inflationary prosperity, and the loosening of moral and religious standards is one result. People want things, not qualities or virtues. This mindset demands more material wealth for men and diminishes the need for moral and educational performance and excellence. It is now a virtue to tolerate evil and to be intolerant of any material lack of man.

In Chariots of Prophetic Fire, R. J. Rushdoony challenges the Church of our day to resist compromise and the temptation of expediency, and realize that the power today does not lie in politics or governments but in God’s men of faith.