Dealing With False Prophets and Yokes

Gordan Runyan continues a sermon series in Jeremiah. In this week’s thrilling episode, our hero, Jeremiah, is confronted by a false prophet, who goes public with his opposition to God’s message to submit to the yoke of Babylon. There are lessons for us to learn in both the clash of the prophets and in the symbolism of the yoke.

What Does Athens Have to do with Westminster?

Christian Witchcraft: And Other Ways Magic Religion Pervades the Church

Christians have a history of responding to the occult, or anything that smacks of the occult, with superstitious fear. We need not be afraid of folk magic practices…but we do need to properly evaluate their presuppositions. 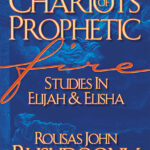 There is a marked resemblance between our time and that of Elijah and Elisha. Theirs was a time of judgment; ours is as well. But there is a deeper resemblance. Their day was an age of syncretism, of radical compromise between the worship of the Lord and Baal worship. The two had been blended together to make one religion, so that a refusal to see the necessity for uncompromising religion marked Israel.

Israel rarely denied the Lord or professed open apostasy. Rather, it pursued a course of religious syncretism, using the name of the Lord but absorbing with their religion whatever faith was expedient for them. Thus, they were not open pagans, but pagans who practiced their unbelief under cover of the Lord’s name.

Syncretism is again our problem. Numerous forces, powers, and persons are accorded sovereignty over man. Today, Baal-worship is again prevalent in the name of the Lord. Humanistic statism is easily and readily submitted to by churchmen: children are placed in humanistic state schools, given into the hands of enemies of God, and people are only indignant if you condemn this practice. The major concern of most church members is not the Lord’s battles, nor the urgency to make a stand against compromise, but, “How can I best enjoy life?”

The similarity does not end there. Elijah and Elisha’s day was one of prosperity, a false prosperity that was largely the product of inflation. Our age, too, has been marked by an inflationary prosperity, and the loosening of moral and religious standards is one result. People want things, not qualities or virtues. This mindset demands more material wealth for men and diminishes the need for moral and educational performance and excellence. It is now a virtue to tolerate evil and to be intolerant of any material lack of man.

In Chariots of Prophetic Fire, R. J. Rushdoony challenges the Church of our day to resist compromise and the temptation of expediency, and realize that the power today does not lie in politics or governments but in God’s men of faith.

Do we serve the same god? How do we answer Islam? Should we fear Muslims?

What We Can Learn from Carolyn Jessop’s Escape from FLDS

Today Monstrous Host Toni is discussing Carolyn Jessop’s book, Escape, the alarming parallels between the cult Jessop emerged from and (seemingly) less extreme views that are widespread in Christian circles, and what we as Christians can learn from her story and others like it.

The War Against Islam

“. . . this is exactly what the West did in its war against Islam: We worked hard, and we fought hard, and we spent tons of resources and human life, only to turn a secure historical victory into something that today nearly approaches the defeat of the West. Islam didn’t do it to us. We did it, the Christians in the West, it’s our fault, from beginning to end.“

How did Islam shape civilization and what would the West look like under Sharia?

Chapter 26: The Fear of Victory 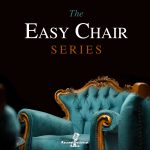