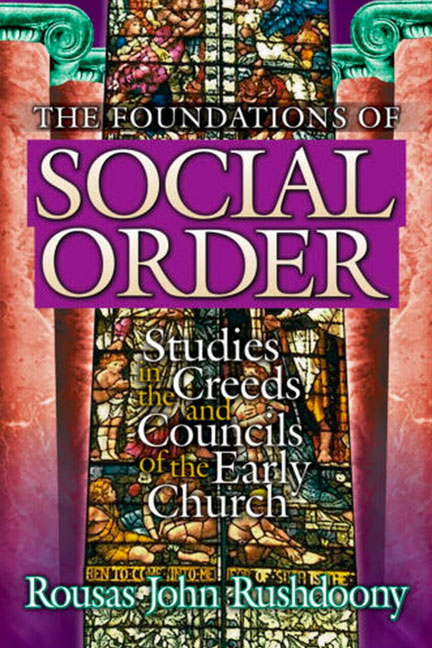 The Foundations of Social Order

Every social order rests on a creed, on a concept of life and law, and represents a religion in action. Wherever there is an attack on the organization of society, there is an attack on its religion. The basic faith of a society means growth in terms of that faith, but any tampering with its basic structure is revolutionary activity. The life of a society is its creed; a dying creed faces desertion or subversion readily. Every creed, however healthy, is also under continual attack; the culture which neglects to defend and further its creedal base is exposing its heart to the enemy’s knife. Because of its indifference to its creedal basis in Biblical Christianity, western civilization is today facing death and is in a life and death struggle with humanism.

Today humanism is the creedal basis of the various democratic and socialistic movements. The clearer the humanism, the more direct its use of power, because it operates in terms of a consistency of principle. The conservatives attempt to retain the political forms of the Christian West with no belief in Biblical Christianity. Apart from vague affirmations of liberty, they cannot defend their position philosophically. They, therefore, become fact-finders: they try to oppose the humanists by documenting their cruelty, corruption, and abuse of office. If the facts carry any conviction to the people, they lead them only to exchange one set of radical humanists for reforming radical humanists. It is never their faith in the system which is shaken, but only in a form or representative of that system. The success of the subversives rests on their attack on the creed of the establishment, and its replacement by a new creed.