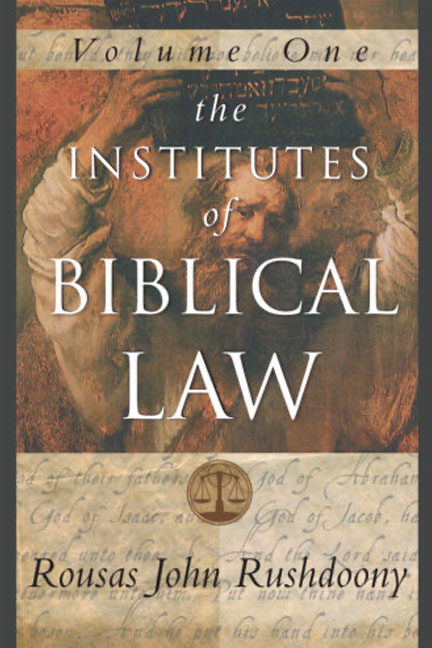 The Institutes Of Biblical Law: Volume 1

To attempt to study Scripture without studying its law is to deny it. To attempt to understand Western civilization apart from the impact of Biblical law within it and upon it is to seek a fictitious history and to reject twenty centuries and their progress.

The Institutes of Biblical Law has as its purpose a reversal of the present trend. it is called “Institutes” in the older meaning of the that word, i.e., fundamental principles, here of law, because it is intended as a beginning, as an instituting consideration of that law which must govern society, and which shall govern society under God.

To understand Biblical law, it is necessary to understand also certain basic characteristics of that law. In it, certain broad premises or principles are declared. These are declarations of basic law. The Ten Commandments give us such declarations.

The law, then, asserts principles and cites cases to develop the implications of those principles, with is purpose and direction the restitution of God’s order.