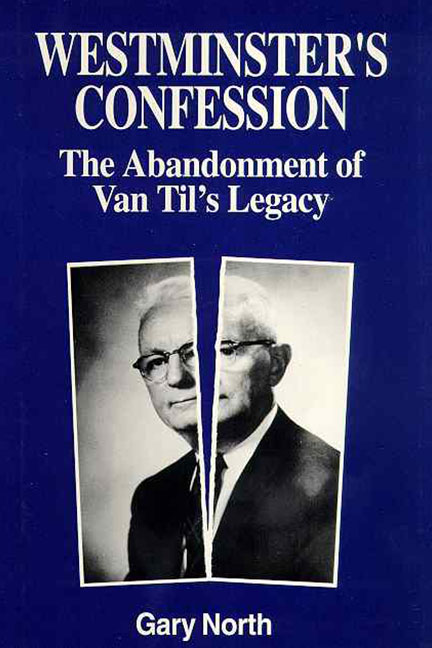 In the final days of October, 1990, the long-predicted book by the faculty of Westminster Theological Seminary finally appeared: Theonomy: A Reformed Critique. In response come Westminster’s Confession. It is both a negative and a positive statement. Theonomists believe that “you can’t beat something with nothing.” It is not enough to demonstrate that someone is wrong; you must also show what is correct.

Cornelius Van Til made this principle the bedrock application of his apologetic method. It was not enough to demonstrate that his opponents’ systems of thought were internally inconsistent; he also showed why Christianity is the only logical alternative. But he left an incomplete legacy. He refused to offer an explicitly biblical alternative to the natural law theory that he had refuted. His system created a judicial vacuum.

Into that vacuum have come two rival factions: the political pluralists and the theonomists. The battle is now engaged.

Westminster Seminary’s problem for a generation – indeed, Calvinistic American Presbyterianism’s problem for two centuries – has been to justify a commitment to modern religious and political pluralism in terms of the Westminster Confession’s judicial standards. The faculty has been double-minded on this point:

Proclaiming their commitment to Van Til’s apologetic method, they have simultaneously denied the idea that the Bible is the bearer of biblical blueprints or judicial frameworks for society. In short, they have abandoned any ideal of a Christian society, i.e., Christendom itself.

This is Westminster’s social and cultural confession – a Theologically negative confession, proclaiming in the name of the original Westminster Assembly what society ought not to be, but never daring to suggest what it should be. In contrast, Westminster’s Confession offers a positive confession. It offers a biblical alternative. It restores the vision of Christendom.