091: Should All Debts Be Forgiven?

In this 91st episode of the Out of the Question Podcast, debt forgiveness and the biblical Year of Jubilee are discussed.

In episode #86 of the Out of the Question Podcast, the benefits to individuals and society when biblical consequences are meted out is discussed.

Ten Arguments from Galatians Against Unlawful Uses of the Law

No one should be more zealous than Theonomists in the war against the heresy of Legalism. Our struggle is not only with modern antinomians, but also with neo-Judaizers. Gordan Runyan contends that the Paul’s letter to the Galatians, far from being anti-theonomic, in fact gives us weapons for our warfare.

The Advent of Christ and the Law of God

In this episode, Russell Traweek, pastor of Christ Covenant Church of Sweeny, TX addresses how the Advent of Christ, the Gospel and the Law of God are intricately linked along with an exhortation for the proper application of the Law of God.

Don’t Talk to the Police with Brent Allan Winters

Don’t Talk to the Police: An interview with Brent Allan Winters

The Excellence of the Common Law with Brent Allan Winters

The Excellence of the Common Law: An interview with Brent Allan Winters 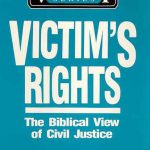 Jacksonville, Texas: A man robs a Holiday Inn. He is sentenced to fifty years in prison.

Boston, Massachusetts: A man is convicted of first degree murder. If he serves Massachusetts’ median average jail term for this crime, he will be paroled in about two and a half years.

Something is wrong – radically wrong – with the criminal justice system in the United States. Crime has been on the rise since the mid-1960’s. The courts are clogged. The jails are overflowing, yet convicted criminals return to lives of crime upon release. The public is increasingly contemptuous of the criminal justice system. What is the problem?

The problem is this: there is today no agreed-upon public standard of justice. The courts are too liberal to suit the public, yet voters do not seem to know what the right sentence ought to be in any given case. The public is politically paralyzed because no one agrees on what constitutes justice. The entire criminal justice system reflects this paralysis. Sentences swing from the appallingly stiff to little more than a wrist slap.

Charles Colson, convicted Watergate felon, author of Born Again, and founders of the Prison Fellowship ministry, has identified the biblical solution:
Recently I addressed the Texas legislature. . . . I told them that the only answer to the crime problem is to take nonviolent criminals out of our prisons and make them pay back their victims with restitution. This is how we can solve the prison crowding problem.

The amazing thing was that afterwards they came up to me one after another and said things like, “That’s a tremendous idea. Why hasn’t anyone thought of that?” I had the privilege of saying to them, “Read Exodus 22. It is only what God said to Moses on Mount Sinai thousands of years ago.”

Victim’s Rights is a detailed study of Exodus 21 and 22: the case laws. It identifies the fundamental principle of biblical civil justice: the obligation of the civil government to defend the interest of the victims of crime, and the obligation of the criminal, not the State, to pay restitution. The criminal does not owe a “debt to society.” He owes a debt to his victim.

Because modern Christians have neglected or rejected the case laws of Exodus, they are now in judicial bondage to humanists, who see criminals as the victims and the law-abiding public as the aggressor. “Society” is said to be at fault. This the philosophy of environmental determinism. Result: injustice on a wide scale. What is needed is exactly what Colson recommends: a return to the case laws of the Bible. Victim’s Rights shows what judicial changes this would require and how such a system could work today.

In this episode, a godly, Biblical and generational inheritance.

The Shadows and the Light of the Law

“The division used by modern theologians – Moral, Civil, Ceremonial – is not found in the Bible.”