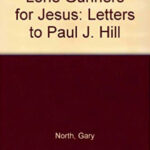 A biblical response to anti-abortionsists who claim that the individual has the God given right to kill abortionists in God’s name or in the name of natural law (“common sense”). These letters to convicted murderer Paul J. Hill were written before he was convicted. They respond to his printed defense of the use of violence against abortionists as well as to his personal letters to the author.

Download the PDF of Lone Gunners for Jesus via GaryNorth.com/freebooks

The Hebrew Roots of Classical Culture and Law

But meanwhile, as Eusebius pointed out, the pagan world was learning spiritual principles from Moses, through the fame of Solomon. The pagans themselves knew very well where their civilization came from. Julius Caesar read the Septuagint and freed the Jews in his empire from any taxes. The temple in Jerusalem was a place where many Greeks and Romans and other nations came to worship. Wise men from the east came to worship the King of the Jews, and Titus specifically instructed his legions to spare the Temple of God. Proselytes – even from the house of Caesar – joined the Jewish communities and became part of the nation of Israel, later of the nation of the Church. When the covenantal status of ethnic Israel was removed, then the burden of defining and directing history through a confession of faith fell to the Church. But the Church didn’t act in a vacuum. It had material to work on: a civilization which in the course of centuries, slowly and painfully, was shaped and influenced by the Hebrew worldview to become more civilized, seeking God, and thus more open to accept His Gospel. In the final account, even the ancient world was driven by a profession of faith; and history was simply the perfection of that faith.

In this episode we will lay the foundation of the Biblical tithe in order that we can begin to see that giving to the Lord is about liberty and joy in giving.

What is a theocracy? What does man say it is, and what does God say it is? We take a look at man’s definition, and find that it is an accurate representation of their understanding of God’s word: incomplete and misleading.

Paganism never totally throws out God’s law: it perverts it. America and most of Western culture subscribes to the Third Commandment, namely, “You shall not take the name of the Lord your God in vain,” but they replace God’s name with other, human words. Only God’s name deserves to be “hallowed.”

047: If I Resist the State, Don’t I Risk Losing My Children?

In episode #47 of the Out of the Question Podcast, Steve Macias and Andrea Schwartz interview attorney Bradley Pierce of Heritage Defense whose mission is to protect and empower the Biblical family from encroachment by the state.