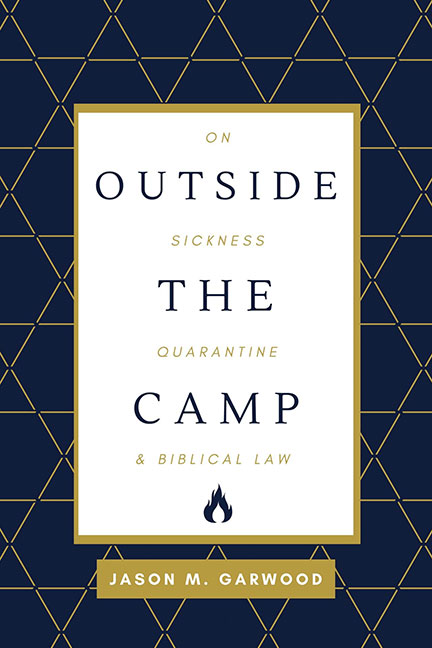 Leviticus 13 & 14 is a long text so I’m going to assume that you’ve read it before moving on from this point. Before digging into some of the details of these two chapters, I’d like to zoom out and see Leviticus as a whole in relation to the rest of the Bible, specifically as it relates to the rest of the Pentateuch. When it comes to covenant theology, I believe that Ray Sutton’s developments[1] are more than adequate to assist us in grasping the significant issues at stake when God makes covenant with His people. We should, at this point, make sure it is understood that history is marked by covenant, which is to say, covenant-making is God’s way of managing the history that He created and actively superintends.

Let me put this another way. The progression of history looks like the following, and we get this from the five books of Moses—and it goes into the rest of the Bible as well. First, God announces His intentions: this includes judgment on the old, and the promise of something new.  Genesis tells us this story. The self-existing, absolute God who is and has always been, trumpets His will by calling forth all of existence: “Let there be.” Second, God redeems His people out of the old creation and into the new creation, what we call an exodus-redemption. Exodus tells us this story. God’s mighty hand reaches down and moves everything along. Third, God establishes His people in the new world as a new-construction house with accompanying covenantal demands based on the aforementioned covenantal promises; that is, God establishes His law as a path for sanctification and the standard for righteousness and justice. Leviticus tells us this story. Fourth, depending on how His people do in the new-construction house/creation, there are sanctions—the application of the demands—which include further blessing or cursing. Numbers tells us this story. And lastly, God brings the judgment to purify His people out of the old creation in order to establish them in the new creation (which is precisely where we started). Deuteronomy tells us this story. If you want to understand what God is doing in history, this is a helpful way to look at it. Think of this as a “You Are Here” arrow on the map at the rest stop.

There are some, however, who see redemptive history in the following way: Creation, Man, Sin, Redemption, and Restoration. This is undoubtedly a sober sequence of events that marks biblical history. But it doesn’t necessarily get into biblical law or covenant theology proper. Here is where Sutton’s analysis becomes slightly more effective, at least in uncovering more covenantal dynamics. Sutton summarized the covenant with five different aspects that can mnemonically be spelled out with the Greek word for God, THEOS. 1) Transcendence (God establishes His sovereignty in the relationship as a suzerain); 2) Hierarchy (God redeems, reorders, and then establishes the covenantal patterns whereby men must act—including the establishment of ecclesiastical, familial, and societal authorities/jurisdictions. Man is the vassal); 3) Ethics (God puts His law in the center of His people and they are to gather around it, learn from it, implement it, and warm their hands by it); 4) Oaths (God attaches to His covenant a true, not false, oath: a sworn allegiance to God and God alone,[2] with a convoy of sanctions in tow that consist of blessing and cursing[3]); and 5) Succession (God explains covenant succession and dominion and the plans for the restoration of the cosmos from generation to generation—an unfailing covenant in perpetuity).

Now, the reason I’m bringing all of this up on the front end is because Leviticus 13 & 14 must be seen in this covenantal context. To eschew the context citing its irrelevance to modern-day Christianity would be a colossal mistake, as we’ll see shortly. But before we really dig into those two chapters with specific exegetical remarks, I want to zoom-in only a bit closer and spell out more of the context of those chapters in relation to the others.

In chapters 8-10 we have the theme of a “new Adam” coming into play as Aaron and his sons play a central role in putting away the old creation and ushering in the new. They are anointed with oil (a symbol of the Holy Spirit) and so is the tabernacle; after all, God will dwell among His people. Perhaps the most infamous of situations was the strange, presumptuous fire of Nadab and Abihu (10:1-2). These two failed to guard the sanctuary and thus the holiness of God. They were of their father Adam who failed to guard the Garden.

Leviticus 11-16 is a section that revisits the curses of Genesis 3.[4] In order for the Israelite congregation to become the new Adam they were called to be, they needed to have a sober reminder of who they were and who they are to become. They are sons of Adam, but they have been given the covenant by grace (cf. Ex. 20:1-2). Having been established by Father-Yahweh as His newly acquired (redeemed) son (Ex. 4:22-23), Israel was to obey the terms and conditions of the covenant as a new Adam, a new creation, by grace through faith (Deut. 30:11). In the Mosaic economy, grace and faith are the paradigm of redemption; the sacrifices and judgments were there to remind them of sin and point them to Yahweh their only hope. In short: they were sons and daughters (Adams and Eves) who anticipated and looked forward to Jesus the True Israel, the True Son of Father-Yahweh. The curses and judgments were there to help keep this perspective and move them along in covenantal history, teaching them (like us) to live by grace through faith.

Ceremonial issues of “clean” and “unclean” must be seen in this light. Clean does not necessarily mean “without sin,” nor does unclean necessitate that we view this status as “sinful.”[5] Clean/unclean is not synonymous with holy/sinful. Clean/unclean is also not synonymous with healthy/sick. Rather, “clean” meant ceremonially set apart as positively sanctioned and blessed, and “unclean” meant ceremonially set apart as negatively sanctioned and cursed. The judicially declared state of “uncleanness” meant that the person or object or place was under the judgment of God. These are the effects of the fall and the subsequent curses of God. To be cleansed (either with ceremonial washings or sacrifices) was to be restored from this state of cursing and sin; it meant being delivered from the curse of the fall. If the status of “unclean” meant judgment, the status of “clean” meant deliverance. That said, let’s consider this section a bit more.

The literary structure of Leviticus 11-16 is as follows:[6]

The goal of Israel’s redemption is holiness and the blessings of the covenant. Yet, sin still shows up and God still judges. The point of Leviticus 11-16 is to remind Israel that they must be a new Adam. They must not walk the way their father Adam had walked. They must not align with the serpent, creating a faulty covenant built on sinking sand. To sin in this way was to commit spiritual adultery (the 7th Word). This behavior is detestable and contemptible: it is harlotry and high-handed rebellion against the kingdom of God. Keep in mind that not everything was a “sin” per se. Some of it was simply God’s prescription for holiness until His Son would come to cleanse us permanently. To be sent “outside the camp” is to be cast out of the Garden of Eden all over again—a reversal of the Exodus, a going back to Egypt. Yahweh’s prescription for Israel is a careful approach to all of life, one of faith and trust, one of repentance and restitution, all of which pointed to the gospel. The “law was our guardian until Christ came” (Gal. 3:24).

[1] Ray R. Sutton, That You May Prosper: Dominion by Covenant (Tyler, TX: Institute for Christian Economics, 1987).

[4] I am indebted to James B. Jordan for his tremendous insight on this particular point. https://theopolisinstitute.com/podcasts/episode-403-clean-and-unclean-in-leviticus/

[5] Sexual intercourse inside the covenant marriage is not a sin, however, it did make one ceremonially unclean until the evening sacrifice (Lev. 15:18).

[6] I’m relying on and building upon Jordan’s observations here.

[7] Jordan notes that the High Priest wore a golden plate on his forehead in order to cover up the sweat so God would not be offended. (See Exodus 28:36-38.)

[8] It’s worth noting that not everyone who disobeyed God was stricken with “leprosy.” And it is true that not everyone who was stricken with leprosy did so as a direct judgment for sin. In the sovereign will of God, this condition was administered as a visual reminder for the community, that they were to be holy, and they were not hide from the Lord, but instead be ever present and diligent in repentance and faith towards God and the covenant. I am convinced that those who were afflicted had at least some things to stop hiding from while in the camp.