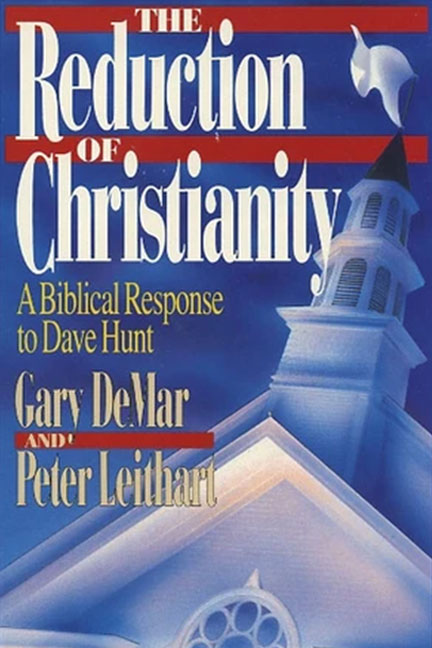 The Reduction of Christianity: A Biblical Response to Dave Hunt

Has the Church Merely Been Seduced? Or Has It Been Reduced as Well?

“New Age” thinking has swept over the modern Church in a tidal wave of heresy, error and seduction. A number of valiant defenders of historical Biblical orthodoxy have risen to the challenge, most notably Dave Hunt. Unfortunately, while ably sounding the alarms and capably rousing the troop, Hunt and many of his colleagues have reduced the breadth, depth, and power of the Faith once for all delivered to the saints. Unwittingly, they have offered the Church a shrunken and truncated version of the Gospel.

But we don’t have to rob Peter to pay Paul. We don’t have to accept reduction in order to avoid seduction. We can content for the Faith without condensing or abbreviating.

In this capably written, courteously argued, and comprehensively detailed book, authors Gary DeMar and Pete Leithart shows us how. They show us how to confront the error of “New Age” thought with the power of the truth – the whole truth, and nothing but the truth.

The Reduction of Christianity is must reading for anyone who is concerned about the “New Age” movement while at the same time desiring to be faithful to the fullness of the Christian Faith.

This book is an answer to Dave Hunt’s The Seduction of Christianity. DeMar and Leithart agree with Hunt that the New Age Movement is proving a siren song to many Christians, but they disagree with his proposed solutions. In the pace of Hunt’s pessimism and cultural negativity, these authors propose a full-orbed, powerful Christianity as the only thing that can slice and dice the New Age baloney. They demonstrate that historic Christianity has always been both optimistic and culturally relevant. Timely reading.