The Church and the Resurrection

In this episode of Setting the Record Straight we will discuss the Church’s role corporately/universally rather through an individualistic lens as we dive deep into Ephesians 2:1-9. We will see why most American churches and Christians are impotent when it comes to things of the Kingdom of God. Don’t miss this opportunity to see the victory of Christ’s Church revealed!

How to Turn Your Church into an Alternative Culture – Part 1

Reconstruction and the Pulpit

Pastor Gordan Runyan and his wife, Joyce, discuss preaching and sermons and how Christian Reconstruction might effect the preparation and delivery of Biblical messages.

From Guttenberg to Zuckerberg, the church & change, and decentralization – technology and methodology. 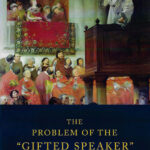 One of the problems facing the Church in the Western world today is the problem posed by the “ministry” of those who are considered “gifted speakers” and consequently idolised by the Church. Stated in its most simple form this is the problem posed by the prioritizing of the personality, charisma, “profile,” popularity, stage presence and ability of the speaker as an orator and entertainer over the content of the message being delivered—in short, the triumph of style over content, the consequence of which has been the creation of an intellectually feeble-minded and theologically malnourished generation of churchgoers who are over stimulated by sentimental and mindless entertainment worship masquerading as spiritual edification.

The problem has a long history, but it is made particularly problematic today by the intellectual dumbing down process that currently afflicts British culture generally and has produced a semiliterate society. That the Church should also have fallen into this ditch is particularly problematic because her role in providing spiritual, moral and intellectual leadership for society is vital to the health of the nation. Without the leadership of the Church the nation cannot recover from its present descent into cultural degeneration and the neo-paganism that is its inevitably accompaniment. While the Church is obsessed with the mindless prioritising of style over content that is vitiating the cultural life of the nation as a whole she will remain useless and irrelevant to society, and therefore unable to provide the leadership that the nation so desperately needs

This is part 3 and includes the second part of the interview with rapper Jovan Mackenzy.

” . . . the attempt to produce relevance through solidifying institutional power and demanding submission to it will only produce more irrelevance.”

Is Group Economics the Answer, Part 2: Interview with Jovan Mackenzy

This is part 2 and includes and interview with rapper Jovan Mackenzy.