Special Talk at the AATX Conference

I’m Not Pro-Life, And You Shouldn’t Be Either

On this episode, we welcome State Senator Joseph Silk on the podcast to discuss his attempts to abolish abortion in Oklahoma as well as the disaster of the pro-life movement, it’s legacy, and the fruit of all its labors 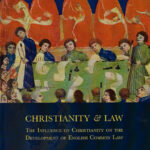 The English legal system was formed and developed over centuries under the dominating influence of the Christian religion. The ideals and standards of justice that informed our law were derived largely either from the Bible directly or from ancient pre-Christian customs that have been so completely transformed under the influence of the Church that the original pre-Christian practices from which they originate are no longer discernible in the Christianised forms in which we know them. Our very concepts of justice, due process and the rule of law are Christian ideals that we should never have known had the Christian faith not taken root in England and transformed the nation from a pagan into a Christian society.

This book traces the growth of Christian law in England from the conversion of King Æthelberht, through the reigns of the Anglo-Saxon kings up to the Norman conquest, and examines the influence of Christianity on the development of English common law during its early formative period in the twelfth and thirteenth centuries. The author claims that English common law is today being overturned by legislation passed in Parliament that is based on presuppositions fundamentally alien to our Christian common-law tradition, and that our society is now in transition from a society based on the rule of law, as this has traditionally been understood, to a society ruled by politicians—i.e. a totalitarian society.

A godly society is a sanctuary society.

043: What Is the Biblical Response to Our Country’s Large Prison Population?

In this Out of the Question Podcast #43, Steve Macias and Andrea Schwartz interview Steve Christenson, a prison chaplain who taught inmates the Law of God and Christian Reconstruction. 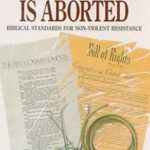 Whose Law Is Sovereign?

This is a major question facing Christians today, all over the world. Informed Christians know that abortion is nothing less than state-legalized murder. They also know that it is not God-legalized murder. If God says that murder is immoral and illegal in His law book, then what are Christians supposed to do? How far should they go in protesting against abortion?

In this book, Gary North argues that Christians must go to the limit of the law in challenging abortion. The question is: Whose law? God’s law or the humanist state’s law?
This question is now dividing the Christian community in American. There is no agreement about God’s law. There is little awareness by Christians of the actual meaning of the state’s law in a world that believes in the religion of evolution. Finally, Christians have very little understanding of the relationship between God’s law and man’s law, between God’s requirements and the state’s. Abortion in now bringing this crisis in understanding into the open.

There is no halfway house between life an death. There is no middle ground in the abortionist’s office. The baby either lives or dies. There is not way to reach a politically acceptable compromise between the pro-life and pro-death movements. Both are well organized, and each is determined to have its way with the voters, the Congress, and the U.S. Supreme Court. A new civil war is looming, and the secular press admits as much.

But it is not just the nation that faces a civil war; it is also the churches. Just as many national denominations divided, North vs. South, over the question of slavery and the legitimacy of the South’s rebellion in 1861, so are denominations and even local congregations facing division today. They can no longer suppress the issues. They are coming inevitably to the surface. Each side claims that it is being obedient to God. Each side claims that it speaks in the name of God. Now that the protests have gone from picketing to trespassing, each side seeks to justify its own actions (or inaction) and attack the other in the light of God’s law.

When Justice Is Aborted presents an explicitly Biblical discussion of the question of non-violent protest by Christians. Its discussion relates to the abortion fight, but is not confined to it. These issues will surface again as the battle between secular humanism and Christianity escalates, as the battle between church and state escalates. There can be no compromise here, any more than over abortion. There is no halfway house position available any longer.

Where should Christians stand? On the sidewalk or in the doorways of injustice? When Justice Is Aborted shows where Christians stand if they are to remain faithful to God, and why.

And having stood, the next question is inevitable: Should Christians march?

Reflections on AATX & the Failure Of the Gospel-Centered Movement

In this episode of Setting the Record Straight, Rev. Dr. Jason Garwood reflects on his time at the Abolish Abortion Texas Conference and Rally while also critiquing the shortcomings of the gospel-centered movement. Thanks for listening!

041: Should We Still Remain Thankful for the U. S. Constitution?

In this Out of the Question Podcast #41, Andrea Schwartz discusses the U.S. Constitution with Hal Shurtleff of Camp Constitution, and why it is so relevant to our society today. 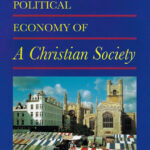 Contrary to much popular opinion, economics is not a subject that is religiously neutral. The way the economy works is intimately bound up with fundamental issues of right and wrong, and what one judges to be right or wrong is itself intimately bound up with one’s religious perspective. Furthermore, the Christian Scriptures give specific and abiding rules about how men are to behave economically. It is the calling and duty of the church to address all areas in which God has revealed ethical norms for human behaviour. God has given laws to mankind governing both realms of activity. It is necessary therefore that the church should bring the moral teaching of the Bible to bear on the economic issues that face modern society. If Christians are to do this effectively, however, they must be informed. Ignorance of the economic realities upon which so much of life depends will vitiate the church’s ability to speak prophetically in this area and call the present generation back to gaithfulness to God’s word.

The purpose of this book is to introduce the reader to the subject of Christian economics. Its aim is twofold: first, to give a general overview of the field of economics; to elucidate the general principles of economic concepts and the basic structures of economic institutions, and to provide a perspective that will enable the reader to assimilate the details of our modern economic system into an overall understanding of how the economy has developed and currently functions. Secondly, the book aims to indicate in what respects the economy needs to be reformed if it is to conform to Christian standards and so point the way to what the political economy of a Christian society should be like.